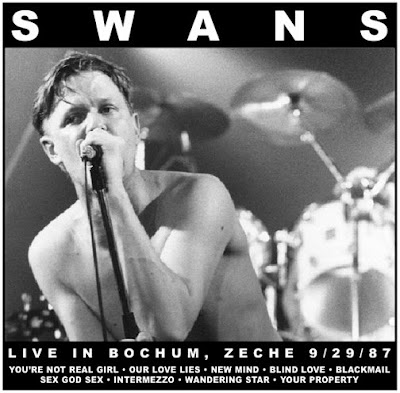 This is an excellent sounding recording of Swans live in 1987 (Children of God era) at Zeche in Bochum, Germany. This is one of those live shows you listen to and think 'fuck, i wish i could have been there'. Completely devastating set. Thanks Ronald. Enjoy.

Swans are a band you can become easily obsessed with. I only got into them less than 10 years ago and hearing them for the first time was one of those magic moments in music that i really never thought would happen again after the mid '90s. By the time i heard Soundtracks For the Blind, no other band mattered to me for months. I consider Soundtracks to be one of the top 5 greatest pieces of music ever recorded. Fuck, Children of God might make that cut as well.