It's been quite a while since my last post. I have some new stuff to share, so i may update this blog on a monthly basis, but unfortunately i still have no idea when i'll be able to fix all the links. So until that happens i'll keep taking requests for stuff posted in the past. Just drop your requests into the comments section of this post and i'll provide new links.

A friend of mine recently sent me an incredible sounding rip of the Dirge "Soulstorm" LP and i just had to share it. I'm not sure what the source was, but it's not a vinyl rip. I went back and "mastered" all the other material, plus i added the earlier version of Superficial from the "Bands Only A Muthu Could Love" compilation LP from 1988. This is pretty much everything the band released aside from the Lifeforce cassette from '87. The three tracks from the "Matrix" EP from 1989 are all on the Fleshcrawler 12" EP released a year later, so those tracks are all included. I'm psyched on the way all this came out.

I've been jamming this a lot lately since i got the new rip and it still sounds as amazing as it did in 1989. Just crushing crossover thrash from Holmdel, NJ with great songwriting and insane guitar playing, and Jacko's vocals just put it all over the top. In my opinion, the "Soulstorm" LP is right up there with the best albums by DRI, COC, Cryptic Slaughter etc. They would have easily been as well known as those bands if they were on Death or Combat Core, but they kinda remained in semi-obscurity since none of their material has been repressed since 1990. 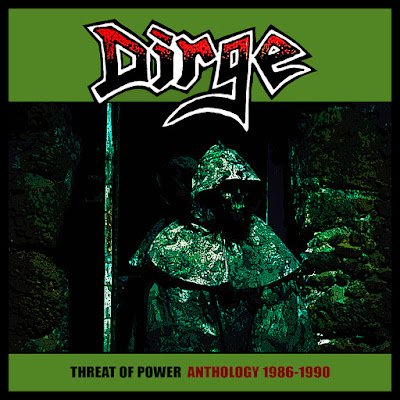 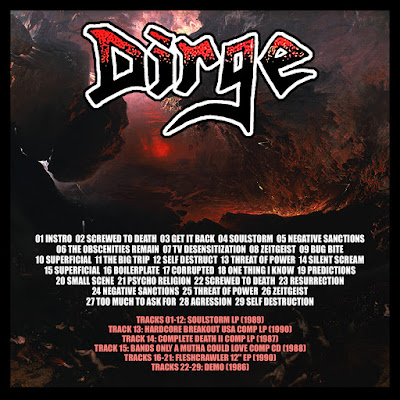 Jack was also the vocalist for Fatal Rage who released an LP on Muthu Records in 1983. Dan and Eric both played in Fanous Cheezcake, a NJ hardcore band who put out a live tape in 1985 and a 7" EP on Faith Records in 1986.

The "Soulstorm" LP was recorded in September/November of 1988 at Baby Monster Studios in NYC and released on Anthrax Records in 1989. Cover art by bassist Jim Hogan.

Threat of Power was on the "Hardcore Breakout USA" comp LP released in 1990 on New Red Archives.

Silent Scream was on the "Complete Death II" comp LP released on cassette in 1987 on Metal Blade / Death and then released on LP in 1988 on Restless / Death.

The alternate version of Superficial was on the "Bands Only A Muthu Could Love" comp CD released in 1988 on Muthu Records.

The "Fleshcrawler" 12" EP was released in 1990 on Old World Records out of Germany. Great cover art again by Hogan. Dan only played drums on 2 of the 6 tracks. The drumming for the other songs are credited to someone named Tooker.