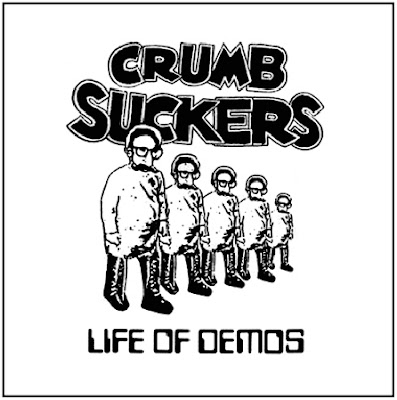 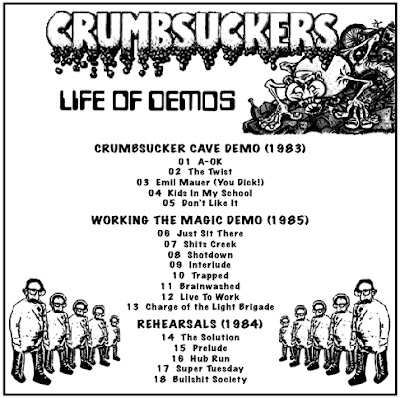 Also, i think Beast on My Back kills. Underrated ripper.
Posted by Stormy at 10:56 AM 26 comments: 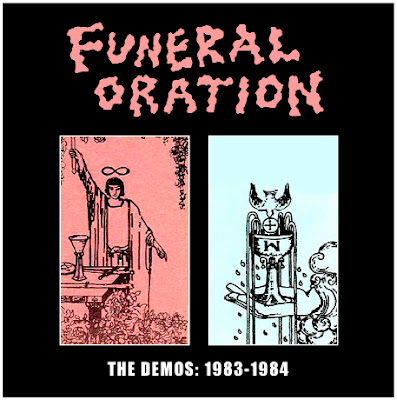 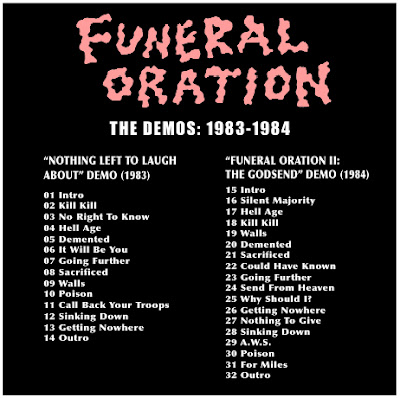 I first heard songs from the early Funeral Oration demos on WFMU back in the late '80s. These demos went straight to the top of my want list, and within a few years I was lucky enough to score original copies of both demos from a collector who was selling off his demo collection. I quickly made copies as not to put any wear on the original tapes, and they became a huge part of my soundtrack through the early '90s. The 1983 demo is in my top 5 hardcore demos of all time. In the mid '90s, when i had the technology, i ripped both demos to CDR (i remember back then CDRs were like 5 bucks a pop), and when i started this blog in 2009 i ripped the CDR to mp3s as part of a Funeral Oration anthology i posted that year. I've always wanted to upgrade the demos, and figured it was about time. So here they are in much better quality. These crucial recordings, aside from a couple of songs, were left off the incredibly incomplete Funeral Oration 2xCD released on Hopeless Records in 1999. I'm pretty sure all the records and sessions on that collection were incomplete actually, and if they hadn't filled the second disc with live shows (from the late '90s no less), i think they could have put together a nice discography. Oh well, that's the decision of the band (and whoever else was involved). Hopefully at some point the band decides to release a proper discography, and hopefully even include the demos in their entirety. For now, here's the upgraded demos collection. Re-transferred, re-cut, cleaned up and ripped at 320 from the original first generation cassettes. 100% mandatory listening. Enjoy!

There's Nothing Left To Laugh About - 1983 demo
The inside demo cover, reads "Recorded on a gray afternoon somewhere in September '83. It was our seventh practice." The demo cover was printed on pink card stock. A fold-out lyric sheet was included, printed on front and back. According to the lyric sheet, the song Sinking Down was written in 1981 by Peter Zirschky's former band, Last Warning. The demo title "There Is Nothing Left To Laugh About" is printed nowhere other than the top of the lyric sheet. These are by far my favorite Funeral Oration recordings. This is raw, fast, yet extremely catchy basement thrash punk. Most of these songs were re-recorded for the second demo, The Godsend, but for me these are the definitive versions. Amazing from start to finish. If you've heard Funeral Oration before, and it's not your thing, keep in mind this demo sounds absolutely nothing like anything the band recorded since. This is the band at it's most aggressive and most raw. The most drastic difference between this and that came later are the vocals. While still being slightly melodic, the vocals here are angry. With growls at times that are closer to early death metal than the super melodic, almost DK like vibe that the band became known for. This tape has always reminded me a bit of Husker Du's Land Speed Records album, and that's pretty much the only point of reference i can think of for a description. The tape only slows down to catch it's breath during one minute for the song Walls on side one (kinda the way Land Speed only slows down for Data Control). Anyway i'll stop now. I can ramble on about this demo forever, i've probably played it a hundred times and i'll never get sick of it. A classic, and a ripper from start to finish.

For the record, i'll take this over Land Speed any day.

Funeral Oration II: The Godsend - 1984 demo
Inner flap of demo cover reads "Recorded on a wet day in young '84, soaked through we were. Cover printed on light blue card stock. Apparently the cassette also came in brown bag with a decal and included a 2-sided insert, a folded poster, and a sticker. Unfortunately my copy didn't come with the bag, decal or sticker. The majority of the tracks were written in 1983, aside from Send From Heaven and For Miles (my 2 favorite tracks on the demo), which were written in '84. Also included is a re-recording of the Last Warning song from '81, Sinking Down. In fact, of the 16 songs included here (not including the intro and outro), only 7 were not re-recorded tracks from the previous demo. These versions are much different though, and was pretty much the foundation for the bands sound that followed on the Shadowland ep in 1984 and the Communion LP in 1985. They traded in the raw basement thrash for a much more unique sound, with echoey guitars and much more melodic vocals. The energy of the music is still in full force here, but there are poppier, and also darker elements. When the band are at their best it sounds like some bizarre hybrid of fast-paced hardcore punk and The Cure. The song For Miles is a good example. An unofficial 12" vinyl release of The Godsend came out in 2008 on Neder Again Records. It included a lyric sheet. In 2011, Gummopunx Records in collaboration with Pain Of Mind Records reissued the demo as an LP. This one came with a printed insert with liner notes and lyrics, and completely new artwork. Intro and Outro not included. 500 copies pressed.

For my previous Funeral Oration post, which includes 2 of the band's first vinyl releases, go here.

Funeral Oration formed in 1983 in Amsterdam, The Netherlands. They released a nice sized discography, including a split cassette with Gepøpel in 1985, which included tracks from both demos, as well as rehearsal and live recordings.
Posted by Stormy at 10:32 AM 11 comments: