There are quite a few collections on this blog that i've been meaning to upgrade since many of them were compiled and posted before i had the technology to improve on the sound. The Jawbreaker rarities collection was always at the top of the list.

There are certain songs/records that have such an impact that you remember where you were when you first heard them. For me it was (keeping strictly to punk/HC) the Bad Brains "Roir Tape", The "EPs of Rudimentary Peni", the Jerry's Kids tracks from TIBNLA, Infest "Slave" LP, the Citizen's Arrest 7", Assuck "Anticapital", Christian Death "Only Theatre..." and countless others. First hearing Jawbreaker was one of those life-changing moments for me. My first exposure to the band was the song Eye-5. It was probably 1990, and as usual i was sitting in my room back in Jersey, recording the Pat Duncan radio show. I had never heard anything like Eye-5 before. It seemed far removed from most of what was being played on WFMU at the time. I knew right off the bat there was something special about this band. This was a couple years before the emo explosion, and the only other band at the time that hit me the same way was Moss Icon. Like usual, when a band i hear on FMU floors me, i waited patiently for Pat to come on and list the bands he just played. After getting my crucial info, I immediately took the trip over to NYC and found copies of the "Whack and Blite" and "Busy" 7"s. Most likely from the basement of Generation Records. I was also able to get my hands on some of those Shredder Records "World in Shreds" comps, one of which had an early version of Jawbreaker's "Shield Your Eyes". Those great comps also turned me on to A Priori and The Parasites. Eventually i picked up Jawbreaker's debut LP "Unfun" which became my holy grail. I played that album all summer long, and everyone i played it for seemed just as enthusiastic as i was about it. As much as i loved all the amazing new hardcore that was coming out in 1990-1991, this album was next level for me, and all these years later it still has the same impact. Everything about it... the discordant guitar work, the samples playing over the music, the raspy vocals, the personal lyrics, and most especially the top notch songwriting. For me it seems to be timeless, but i can still see how it's a "time and place album". If i had heard it now for the first time i doubt it would have such an impact, but in the early '90s Jawbreaker became this larger than life band for myself and a few friends. Bivouac was just as powerful. Tracks like Sleep, Donatello, P.S. NY Is Burning and Like A Secret was some of the band's most layered and expertly crafted songs. They were more experimental for a better way to put it. Kinda like the way side 2 of Buzzcocks' "A Different Kind of Tension" (1979) was different than anything they recorded prior. I kinda felt that way about Naked Raygun's "Jettison" LP, which for some reason i kind of associate with Bivouac. The progression from "All Rise" to "Jettison", in my mind was similar to the Unfun/Bivouac progression. Just a connection that has always stuck with me. Same for both band's next LPs, which both seemed to revert to a more straight forward poppy approach. A regression, as i though "24 Hour Revenge Therapy" (like "Understand"), would expand on the band's new approach, and be their most experimental and epic albums yet, and got the exact opposite. 24 Hour does have some great songs scattered throughout, but as a whole i though it was more of an "instant gratification" album, which hasn't stood the test of time the way Unfun or Bivouac has. I'm probably in the minority with this opinion, as I usually see 24 Hour praised more than all their other efforts. I also notice the same critics who gush over 24 Hour (the bigger publication critics anyway) consider Unfun to be a lackluster debut. Pitchfork dismises the band's early work as Jawbreaker "reveals their younger selves as just another band with a stack of Fugazi records". Critics without a clue basically.

A few months before 24 Hour was released i got to see Jawbreaker for the first time at ABC No Rio. This was at a time when i was going to ABC just about every weekend, without knowing who was playing, just to be part of the great atmosphere of that place in the early '90s. And although i'd seen dozens of shows there, including pretty 'big in the underground' bands like Assuck, Born Against, Rorschach, Chisel etc, i'd never seen it as packed as that Jawbreaker show. It was wall to wall, elbow to elbow of smiling faces. When they played it was pure magic, and the only time i literally had goosebumps at a punk show. I saw them the very next night at CBGB and they were great of course, but it wasn't the same intimate experience as seeing them in the crowded basement of ABC. One of, if not my favorite shows ever.

I remember racing to the record store the day Dear You came out, racing back home, throwing it on the turntable, only to think 'what the fuck is this?'. Everything i loved about the band was gone. The urgency, the loose guitar work, Blake's raspy vocals, the samples, and especially the raw production. It was like a castrated version of the real thing. Over the years it grew on me, and i still love the song Chemistry, but at this point the album just bores me, and i can't get through more than a few songs. Oh well. They were an amazing band, and it had to end sometime.

Here's the revised Jawbreaker Rarities comp that was originally posted in February of 2009. Better sound all around on this one, and all tracks adjusted to the same volume. Enjoy. 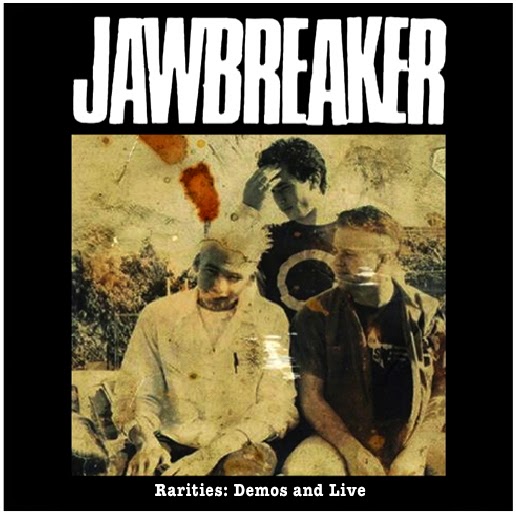 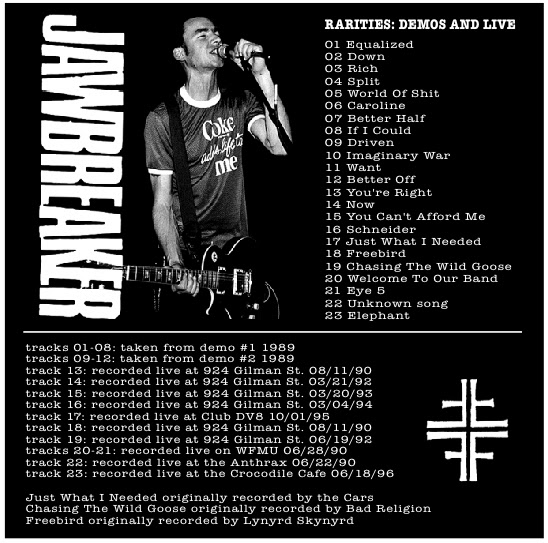 The first half of this collection is comprised of 1989 demo tracks. The demos (referred to as Demo #1 and Demo #2) are pretty accessible on the web, but in this collection there are 2 tracks, If I Could and Better Off, that are omitted from all copies i've seen. There is one more rare demo track (omitted from Demo #1) called Good 45, which unfortunately i couldn't locate a decent sounding rip of. I decided not to include certain tracks from Demo #2 (Gutless, Fantastic Planet, and With or Without U2), because those exact versions were released on various comps and splits, including the Etc. CD put out by Blackball. The demo tracks for Rich, Split, Caroline, Better Half, Driven, Imaginary War and Want were later re-recorded and released on various splits and comps. "Rich" was released on the  "Hardcore Breakout USA" comp LP (New Red Archives 1990). "Split" was released on the split 7" with Samiam (No Idea Records 1991). "Caroline" was released on the "Brouhaha" comp 7" (Piggly Wiggly Records 1991). Other bands on the comp: Monsula, Nuisance and Cringer. Re-released on Broken Rekids in 1995. "Better Half" was released on the split 7" with Crimpshrine (Skene Records 1993). Recorded 2/3/89 at The Studio, Santa Monica, CA. "Driven", "Imaginary War" and "Want" were all released on the "Unfun" LP (Shredder Records 1990).

The second half of the collection is all various live songs recorded between 1990-1996. All of them are live versions of unreleased songs except for Eye-5, which i included because it's an incredible version of my all time favorite Jawbreaker song. Chasing the Wild Goose was originally written by Bad Religion, and Just What I Needed was originally written by the Cars (killer cover). Thanks to Imagnry War and Smegma for their help with this.

As a bonus i've added this live radio sessions comp. 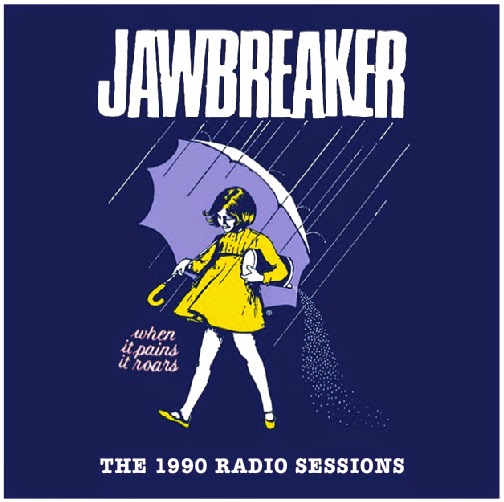 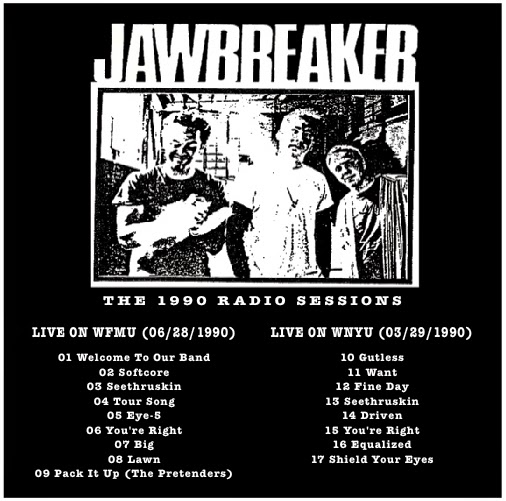 Next up on the revision list is Warzone, but i have a few posts ready to go before that happens. About a half dozen Easter Eggs in this one. Take care.
Posted by Stormy at 9:09 PM 11 comments: