The mighty Death Side, my favorite hardcore band to ever come out of Japan. In this post i've uploaded the complete discography at 320kbps from the Nucleus-R remastered reissues that were released in 2002. The sound quality is incredible.

First time i heard Death Side was some time during the mid '90s. My friend Gen sent me the Bet On The Possibility LP. Until then i had heard Japanese stuff like Gism, SOB, and Bastard. This was on another level though, and the album seemed to steamroll right over me leaving me with my jaw hanging open. The song writing, the vocals, Chelsea's incredible guitar playing... it all fit so perfectly. And just when i would think "Damn, that was the greatest song i've ever heard", the next song would kick in. This is one of those rare albums where every song just gets better and better right until the amazing epic closing track Crossfire, which veers off into Iron Maiden territory, with Chelsea pulling off incredible metallic riffs and leads like it was nothing. The guy truly was the Adrienne Smith of hardcore. RIP!

Since then i've obsessively tracked down all the bands other releases, and was lucky enough to hunt down all the Nucleus-R reissues. I love all of it, although Bet On The Possibility will always be my fave, and i consider it one of the greatest hardcore full-lengths on the '90s. 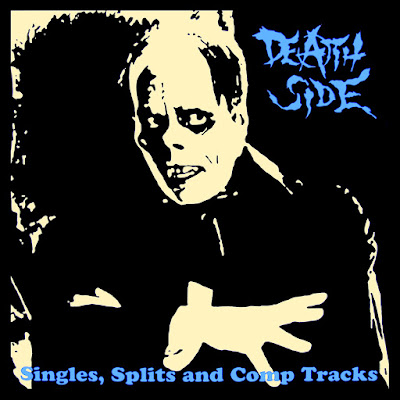 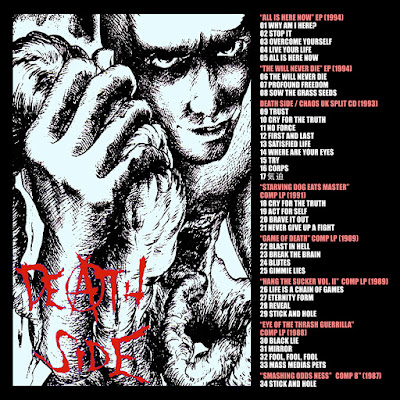 Starting off this mandatory discography is the band's collection of singles, splits and comp tracks spanning 1987 through 1994. My fave being the split  with Chaos UK, which was released on CD only by Selfish Records in 1993. Many of the other compilations in this anthology are probably pretty hard to come by these days, Blast In Hell from the Game Of Death comp is such a ripper, but everyone will have their faves. By 1994 the band had a nice streamlined metallic and catchy sound. This is the kind of stuff you listen to and think "how did this band not take over the world"?

The band's first 7", Satisfy The Instinct (Selfish Records 1987), was originally on the 2xCD collection called The Will Never Die (named after the band's 1994 ep). I included that 7" on the Wasted Dream CD, so i could fit all the other non full-length stuff on one CD. I modified the front cover and created the back. Enjoy, and play LOUD! 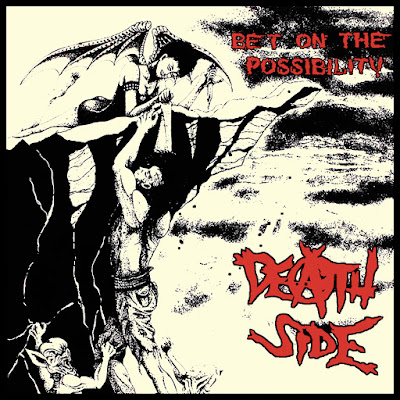 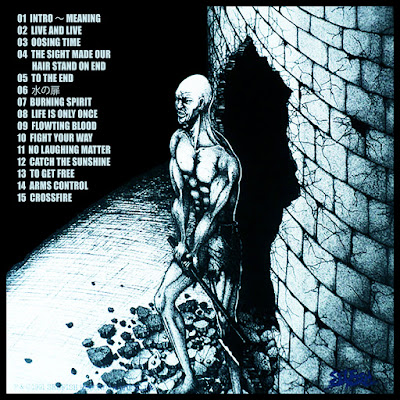 Bet On The Possibility

Next up is the Bet On The Possibility LP, for me the band's high water mark. In my opinion, this is where it all came together, the band at the top of their game. Bet On The Possibility was originally released on Selfish Records out of Japan in 1991. According to the liner notes it was recorded at Our House, and came  with a lyric sheet and gatefold sleeve. 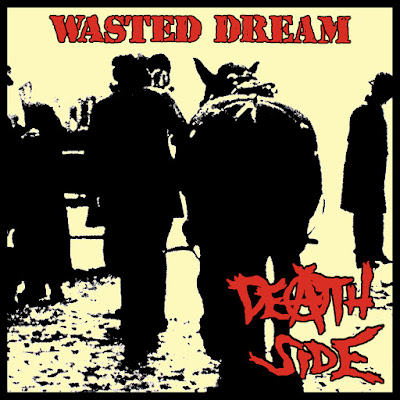 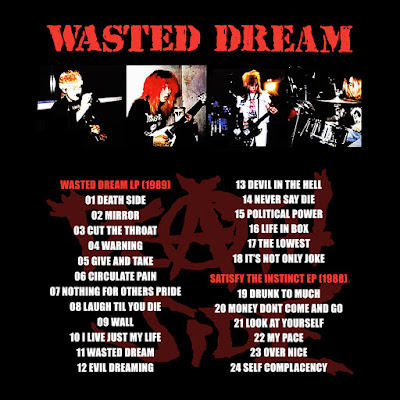 Last up is the band's first full length album, Wasted Dream. Originally released on Selfish in 1989 and re-released on Selfish in 2011 on vinyl. Recorded at Antiknock in 1989. Original CD version came with a CD booklet with lyrics and pictures. The 2011 reissue included the entire Satisfy The Instinct 7" as bonus tracks. Like the others, this is a 320 rip of the 2002 Nucleus-R remaster.

Chelsea passed away in August of 2007. He also played guitar for Paintbox (also highly recommended). Paintbox released three full lengths and five eps. Ishiya also sang for Forward, who recorded many records between 2000 and 2012.
Posted by Stormy at 5:37 PM